The adequate integration of specific preparations containing NaCl into the diet, according to individual needs, is fundamental for the salt balance and physical wellbeing of children and adults affected by cystic fibrosis. 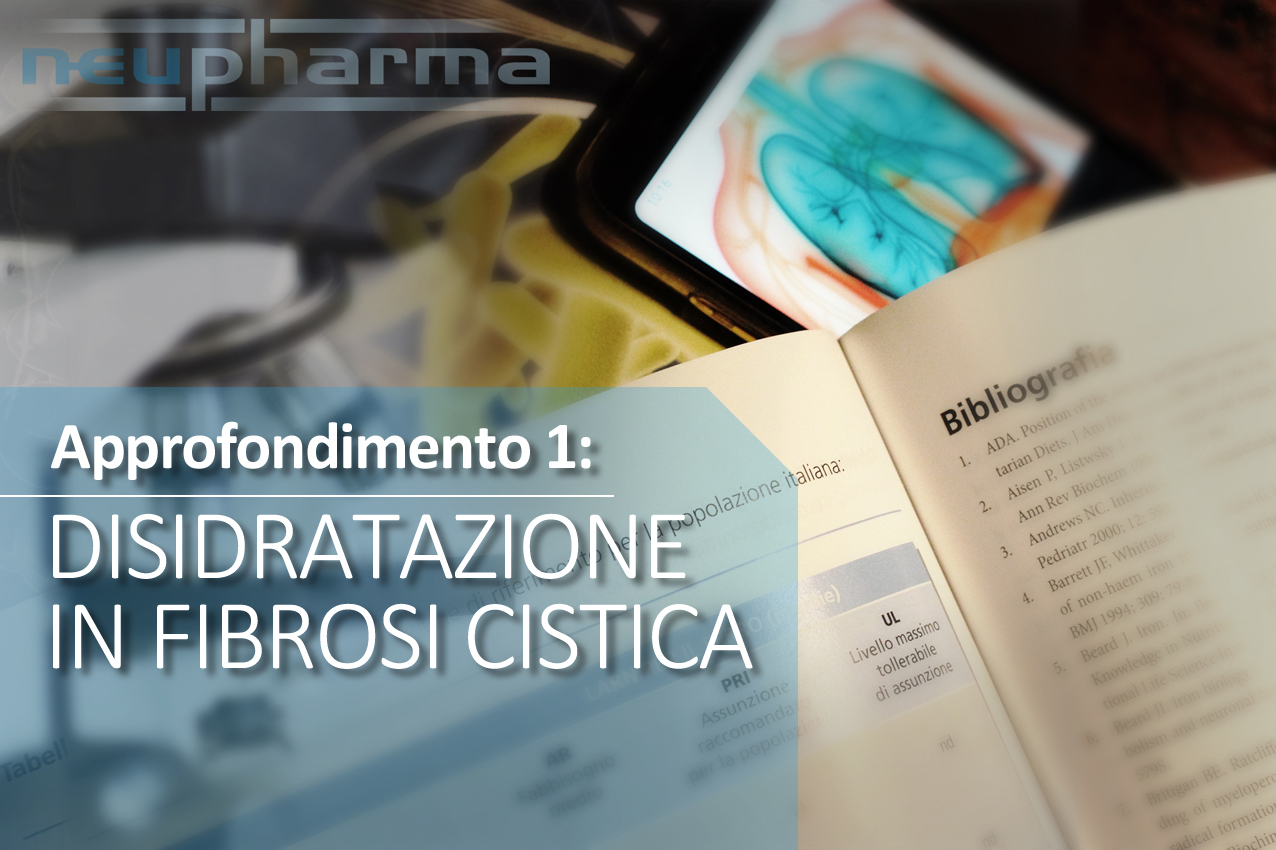 Dehydration can generically be defined as the loss of body water, with or without salt, faster than the body can rehydrate itself. There are two types of dehydration: dehydration from water loss, which is caused by the inadequate intake of enough fluids or by the excessive loss of fluids from the body; and dehydration from salt loss, which is caused by the excessive loss of salts and, as a consequence, fluids. The end result in both cases is a total loss of water from the body. (2)

2. The importance of body fluids and risks associated with dehydration

Water has an important physiological role in maintaining the body:

● Removal of metabolic waste and an aqueous environment for the transport of nutrients, gases and hormones

An excessive loss of body fluids has serious consequences on a person’s health.

On a cellular level, dehydration causes both intracellular and extracellular complications, with a subsequent reduction in the volume of fluids in the blood vessels. The intracellular effects include increased production of cytokines, mitochondrial dysfunction and altered drug pharmacokinetics. The extracellular effects can include uraemia, alkalosis and an electrolyte imbalance. The reduction in intravascular volume can lead to poor cerebral perfusion, coronary heart disease and thromboembolic disorders. (1)

On a clinical level, we can see that untreated dehydration can gradually lead to:

In children, a salt imbalance can cause delayed weight gain and physical development.

In cystic fibrosis, dehydration is a complication due to the nature of the disease itself. The primary defect is abnormal CFTR (Cystic Fibrosis Transmembrane Conductance Regulator) protein function, which forms an ion channel on a cell membrane level, necessary for moving chloride ions. In a person affected by cystic fibrosis, ion exchange in cells is highly compromised and this has serious consequences on their health. Defects in CFTR function prevent the reabsorption of sodium chloride (NaCl) and lead to excessive salt loss in sweat (3) in patients affected by cystic fibrosis.

Physiologically, the sweat glands consist of absorbent ducts that reabsorb NaCl, but not water, thereby producing sweat on the skin. The absorption of salt but not water helps to minimise body salt loss, which if not controlled could have serious consequences. (3)

In cystic fibrosis, the reduced capacity of the sweat gland ducts to reabsorb chloride also prevents the transport of sodium, so the reabsorption of salt is significantly reduced. Sweating increases, producing an abnormal "salty" sweat, one of the distinctive signs of the condition.

4. Prevention and replacing salts and fluids

In this context, it is easy to understand how the genetic defect of the CFTR protein in Cystic Fibrosis could lead to serious electrolyte imbalances and a greater risk of dehydration. Additionally, the difficulty in diagnosing dehydration and preventing the causes is high and we must remember that it can develop and manifest very quickly.

Due to the considerations mentioned above, it is important to pay particular attention to the risk of dehydration in cystic fibrosis.

For people affected by this disease, several conditions could pose a risk of dehydration:

These conditions can occur throughout the year.

In summer, the risk is higher due to the warmer weather, which obviously stimulates sweating and it is also higher for those who live in or travel to hot and humid climates.

During the rest of the year, we are all more susceptible to illnesses that could lead to a high temperature or vomiting and diarrhoea, which exposes this specific group of the population to dehydration even more. Also, it is during the winter period that people partake in more physical activity and sports, as it is particularly recommended for Cystic Fibrosis suffers to prevent the decline of respiratory activity. During sport sessions, it is always advisable to replace fluids and mineral salts to compensate for the sweating. Finally, it is good to remember how work can also strongly influence the risk of dehydration. People who work under thermal stress in hot working environments or undergo physical exertion as part of their work must also replace their fluids and salts as appropriate.

It is, therefore, advisable to prevent dehydration as much as possible through the adequate intake of NaCl and fluids orally, according to individual needs, as this population is at risk all year round.

Fluids and salts can be replaced orally in individuals with low or moderate levels of dehydration who can drink and do not have significant mental or physical impairments due to the loss of fluids.  Otherwise, salts and fluids must be replaced intravenously, which often requires hospital admission. (1)

The adequate integration of specific preparations containing NaCl into the diet, according to individual needs is, therefore, fundamental for the salt balance and physical wellbeing of children and adults affected by cystic fibrosis.